In our house we have Christmas, Saelor’s birthday on the 27th and Atlas’ birthday on January 9th. Can I please just have a summer baby next? 😉 It’s a busy few weeks, but I try to make it special for both boys.

I decided to do a Woodland Creature themed birthday party for Atlas. For Saelor’s first birthday, I did a Lumber Jack theme so I figured I could use a few of the same decorations. 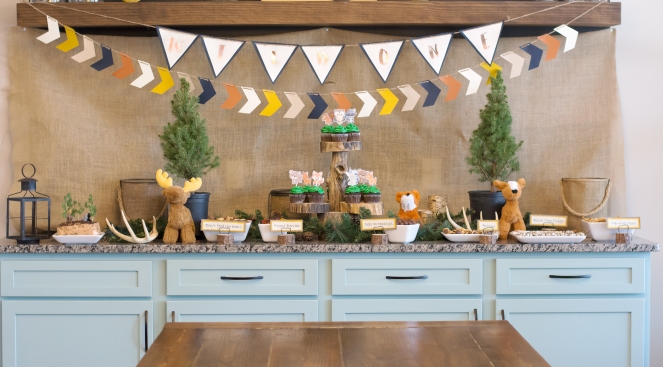 I made the sign and arrow banner out of card stock paper. The stickers were very reflective on the sign so it was hard to see in pictures. It says WILD ONE.

I bought the stuffed animals from Target. The sign holders Tyler built worked for both boys’ birthday parties. Tyler and his dad built the cupcake stand for Saelor’s first birthday and I still think it’s so cute. I bought the cupcake toppers from Diana’s Den on Etsy. For the acorns, I attached Hershey Kisses to Mini Nilla Wafers with melted chocolate. I added butterscotch chips to the top. It was fun creating all the snacks- most of my inspiration came from Pinterest. 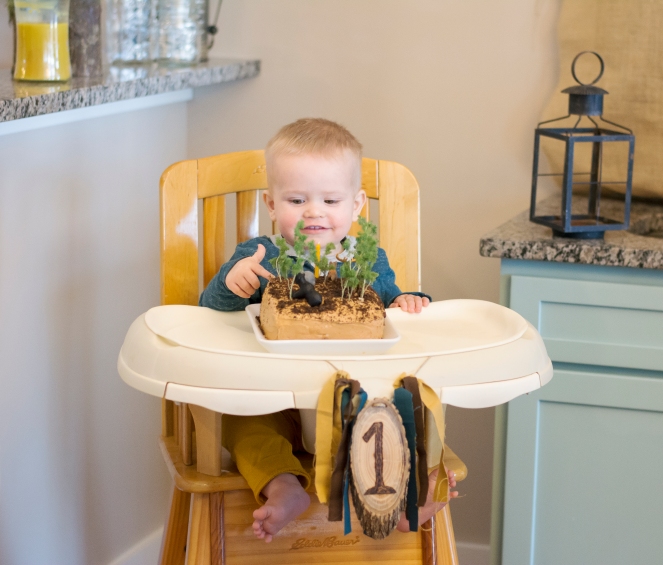 Atlas loved testing out his cake and he was surprisingly very clean about it. This past year has been so fun watching him grow, he really has been the best addition to our family!

Thanks for stopping by,

View all posts by jodij8